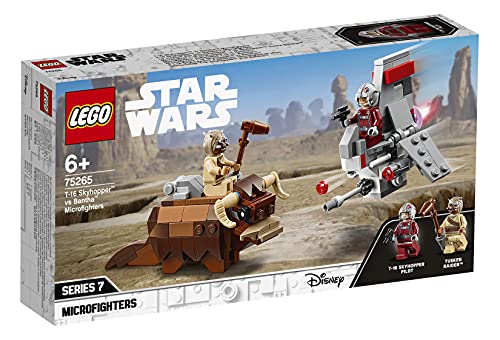 Kids can build Digi Kai's powerful mech before rebuilding it into a Jet to stage battles against Richie in the Speedway Five-Billion race. LEGO® model number: 71707 – for ages 7 years and over. Theme: LEGO Ninjago. Features weaponized Mech with posable arms and legs plus digi blades, that rebuilds into a mech toy jet plane, both with shooting studs! . Includes 2 minifigures: Ninja of Fire Digi Kai and evil Richie, who battle inside the Prime Empire video game with epic racing action. Kids can fly Digi Kai's jet plane to escape Richie chasing on his hoverboard, then rebuild it into the powerful mech with digi stud shooters. Includes a wealth of weapons: Digi Kai's sword, Richie's double-bladed spear, scythes, katanas, and more, plus collectible red Kay-Tana! . Recreating stories from digital world requires digital weapons – and digi ones are controlled via 'prime controllers' for more gaming fun. Size H191, W262, D46cm. For ages 7 years and over. Manufacturer's 1 year guarantee. EAN: 5702016616934. WARNING(S):Not suitable for children under 3 years old. Only for domestic use. 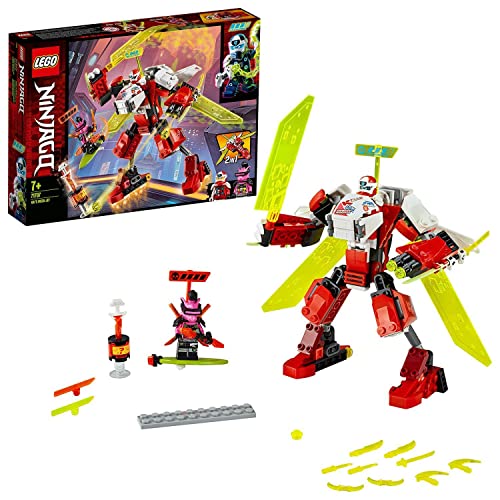 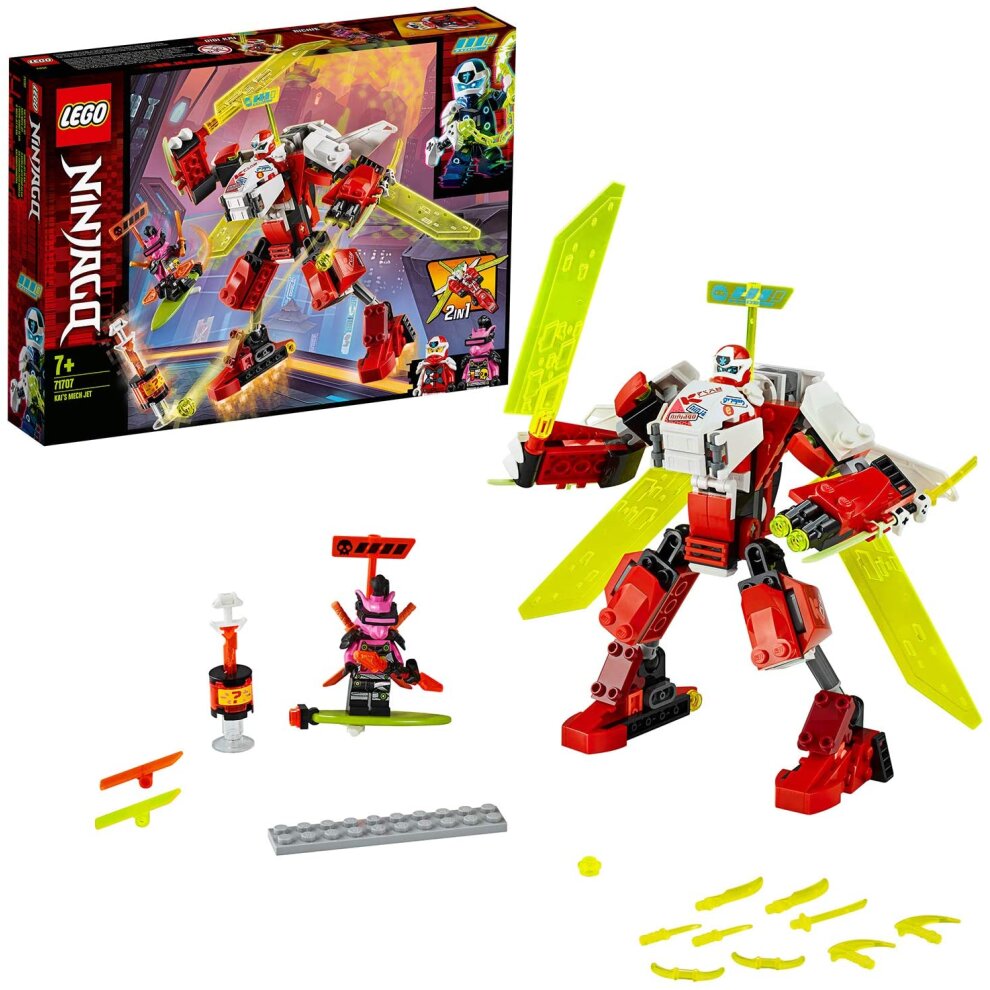